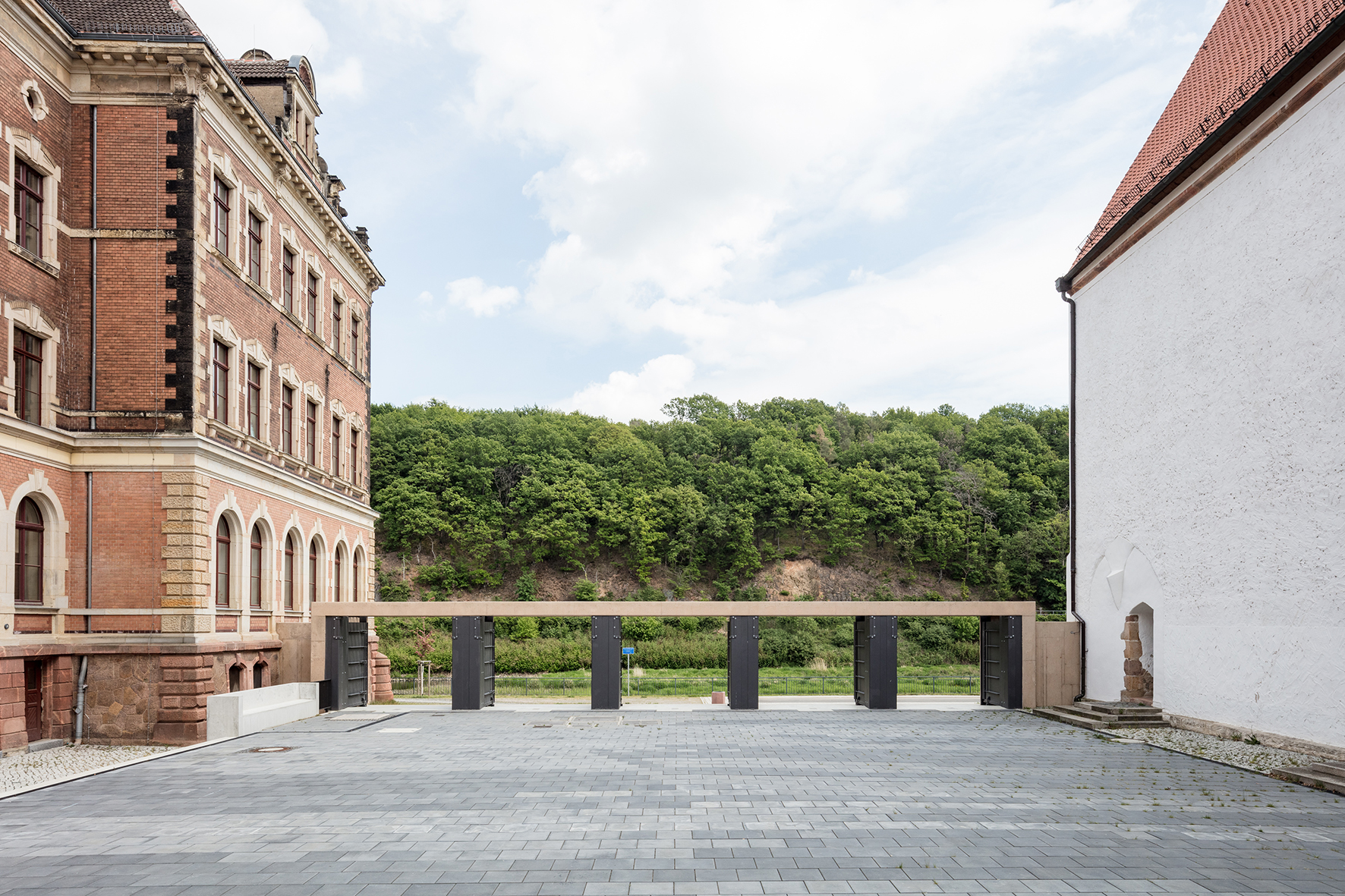 Grimma, a city of c. 18,000, is situated on a terrace in the Mulde River valley. During floods in 2002, the city was one of the worst affected in Saxony. The river reached the highest water level ever recorded there, putting the historic center under as much as 3.5 m of floodwaters, destroying or damaging almost 700 houses. Consequently, the state commissioned technical flood control plans. However, what distinguishes Grimma from many other towns is its unusually well preserved setting in the landscape, with a largely intact medieval city wall still bordering the riverbank. Historic urban and landscape ensembles of great beauty make the city attractive to both inhabitants and visitors. The engineers' plans therefore met heavy resistance. Our team of architects and landscape planners was called in to design the above-ground elements of the flood barrier system. The goal was to make these rarely used but in places prominent structures compatible with conservation and townscape concerns and use them for a general revitalization of the waterfront. 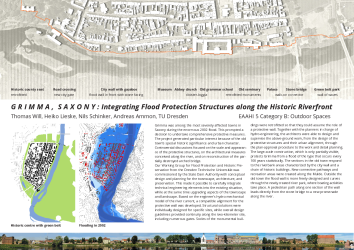 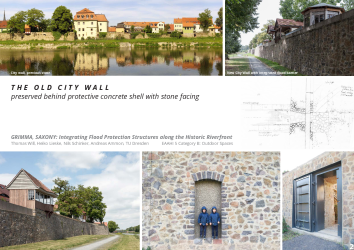 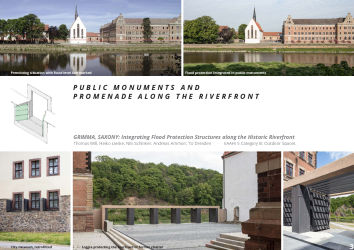 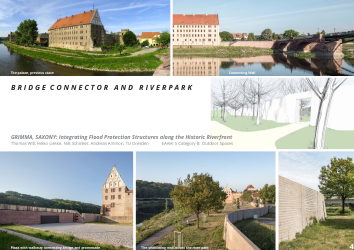