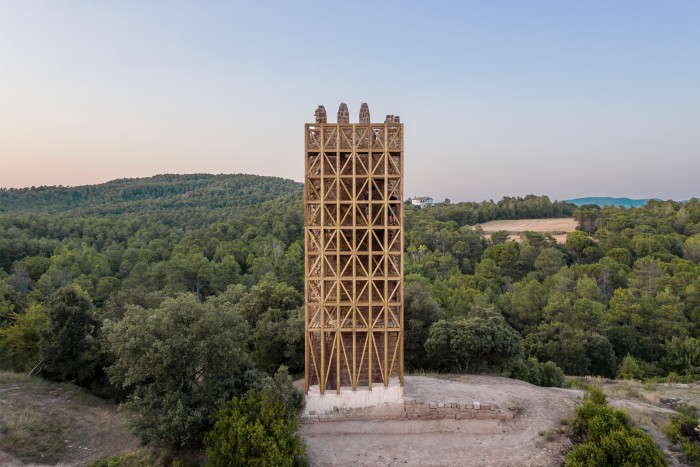 In the municipality of Puig-reig stand the remains of the heritage site of the castle of Merola (late 13th century). Due to the documented earth tremors that shook Catalonia in the 1500s, only one of the faces of the watchtower is still standing. The high risk of collapse, with the subsequent loss of the monument, called for an intervention to guarantee the preservation of the remains and recover the building for the village and as an attraction for visitors. Two basic lines of intervention were adopted to meet these aims: the consolidation of the surviving remains and the reinforcement of the medieval structure. Reinforcement takes the form of a timber structure of 14cm square sections that accompanies the original layout of the stone wall. Like scaffolding, it supports the pre-existing construction, recovers the original volume and restores its function in the territory as a lookout point. A stairway inside the new structure provides access to the three original levels of circulation and facilitates future maintenance of the monument. 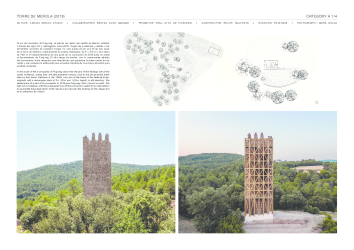 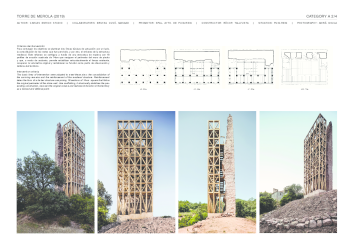 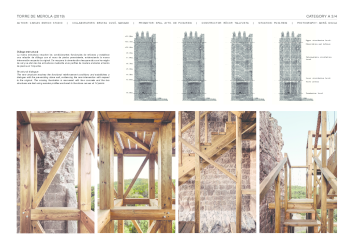 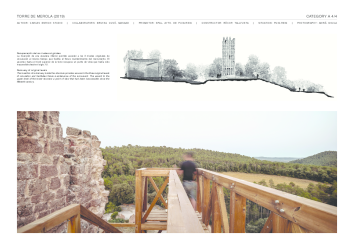