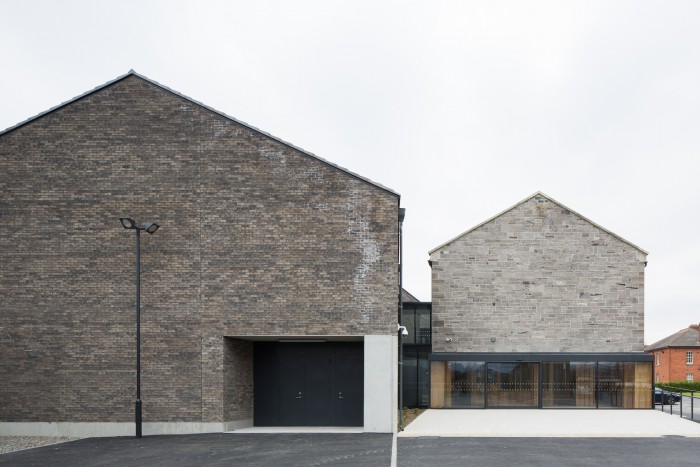 The Military Archives stores 67,000 storage boxes for the Irish Army, who are mainly involved in peacekeeping missions abroad. The brief required a public reading room with offices and a Conservation Laboratory. The site included an old building. Designing sustainably, the project developed as two blocks: a new climate-controlled archive and an old library. A folded courtyard with glass bridges lies between. The old building’s internal plan has been turned on its end and a new entrance opened in the gable, leading to the reading room, lined out in the timber. The rest is made up of offices and a Conservation laboratory. The new extension building matches the old in some of its characters, extending the architecture of gables, but is made of brick. Another storage building in the tradition of barracks; partially sunken in the ground - the mix of old and new suiting aspirations to balance tradition and modernity. The design sought to reverse routes and meanings between past and present, where certain things are accentuated and others submerged. 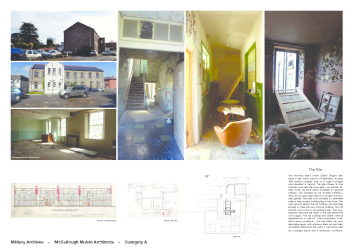 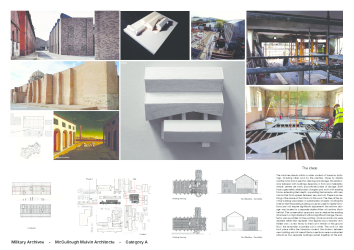 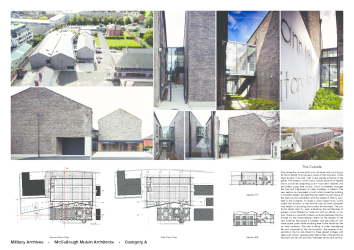 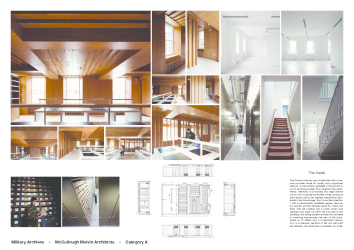