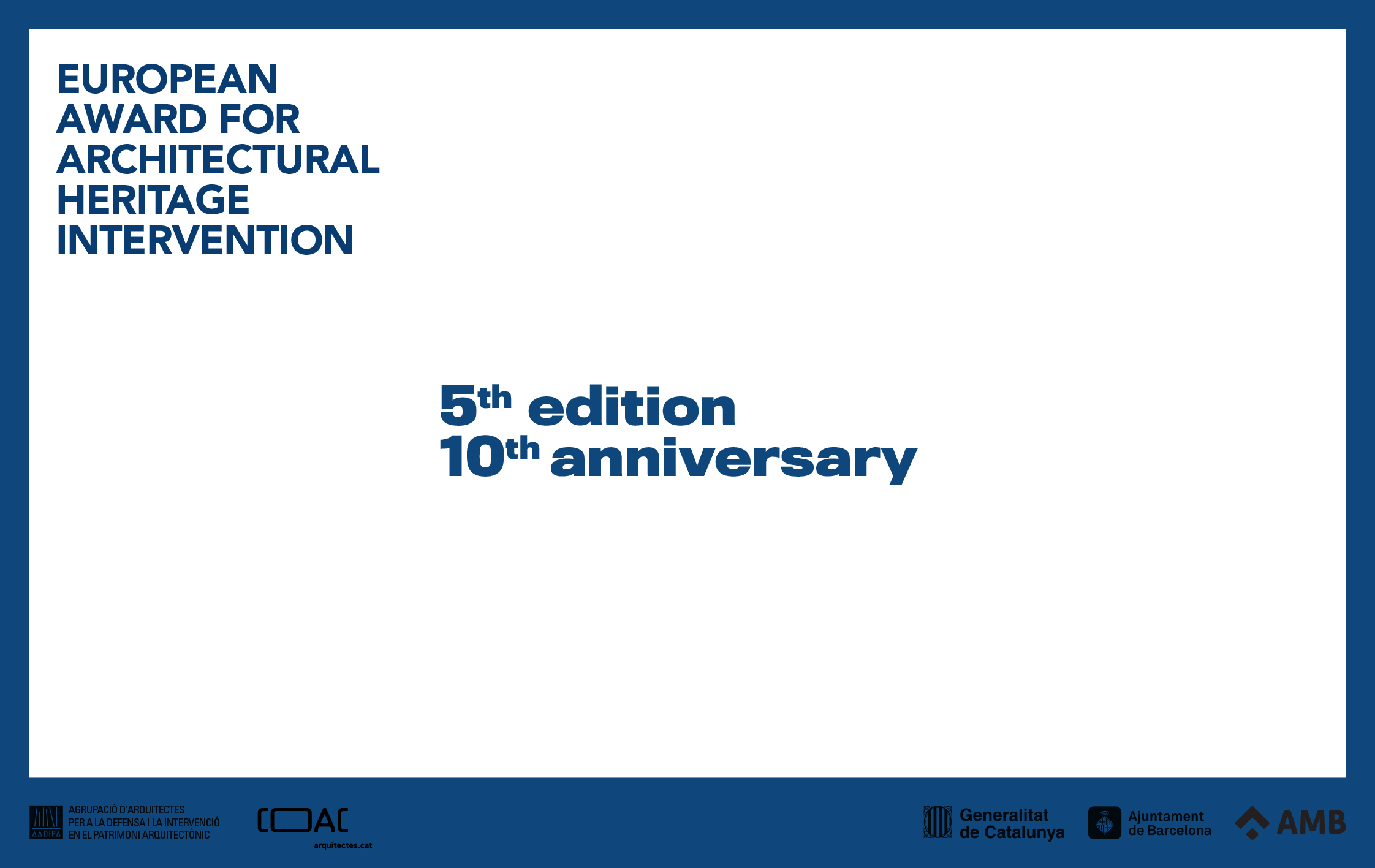 With an increase of 25%, almost 300 projects presented and the consolidation of international participation, the successful fifth edition of the European Award for Architectural Heritage Intervention is set to coincide with the celebration of its tenth anniversary.

The European Award for Architectural Heritage Intervention, a biennial contest organized by the COAC (Architects’ Association of Catalonia) and AADIPA (Association of Architects for the Defence and Intervention in Architectural Heritage), closes registration of its fifth call with 294 candidacies and 23 countries represented. Coinciding with its tenth anniversary, the celebration is two-fold, achieving record participation with almost 300 projects presented and a growth of 25% compared to the previous edition, which in turn already had the highest participation to date of the contest with 239 projects.
The Award, which began in 2011, arises from the conviction that heritage, as a vehicle for social integration and a first-rate socio-economic resource, deserves to be revalued and encouraged. From the beginning, the main objective has been to distinguish quality interventions in heritage and contribute to their dissemination, a goal which has led to achieving, in this fifth edition, record participation figures both at the national and European level. At national level, 177 projects have participated, an increase of 51 more than in the fourth edition of 2019. At international level, the number of projects from countries such as France has increased significantly; the presence in countries such as Germany and the United Kingdom has doubled; and for the first time, countries such as Andorra, Finland, Norway, the Czech Republic, and Ukraine have participated.
From March 26, the closing date for registration, until the beginning of May, the international jury, made up of renowned experts in the field of intervention in architectural heritage, will carry out the assessment in each of the 4 categories which form part of the contest to choose the selected works, which will be announced mid-May. From among all of these, in a final meeting of the jury members together with the management team of the contest, the finalists for the Special Mention for Restoration and the winners of the 4 Categories will emerge.
In this edition, the jury, in category A –Intervention in built heritage–, is made up of the architects António Jorge Fontes, David Lorente, and Marco Antonio Garcés who will evaluate 202 projects. For their part, in Category B –Outdoor spaces– the experts Delphine Péters, Olga Felip and Isabel Aguirre will analyse 49 works. In category C –Planning– the professionals Sascha Wienecke, Joaquín Pérez-Goicoechea and Sebastià Jornet will evaluate 14 projects and in category D –Dissemination– Peter Cachola, Laida Memba and Joan Olona will study 29 proposals.
The decision of the 5th edition of the Award, as in each previous call, will be announced coinciding with the celebration of the V International Biennial on Architectural Heritage AADIPA, which the management of the Award organizes jointly with the COAC, AADIPA and the Generalitat de Catalunya and on this occasion with, Equatorial Guinea as the guest country. The event will take place on Thursday, June 17, and will culminate with the official awards ceremony and the celebration of the contest's tenth anniversary.