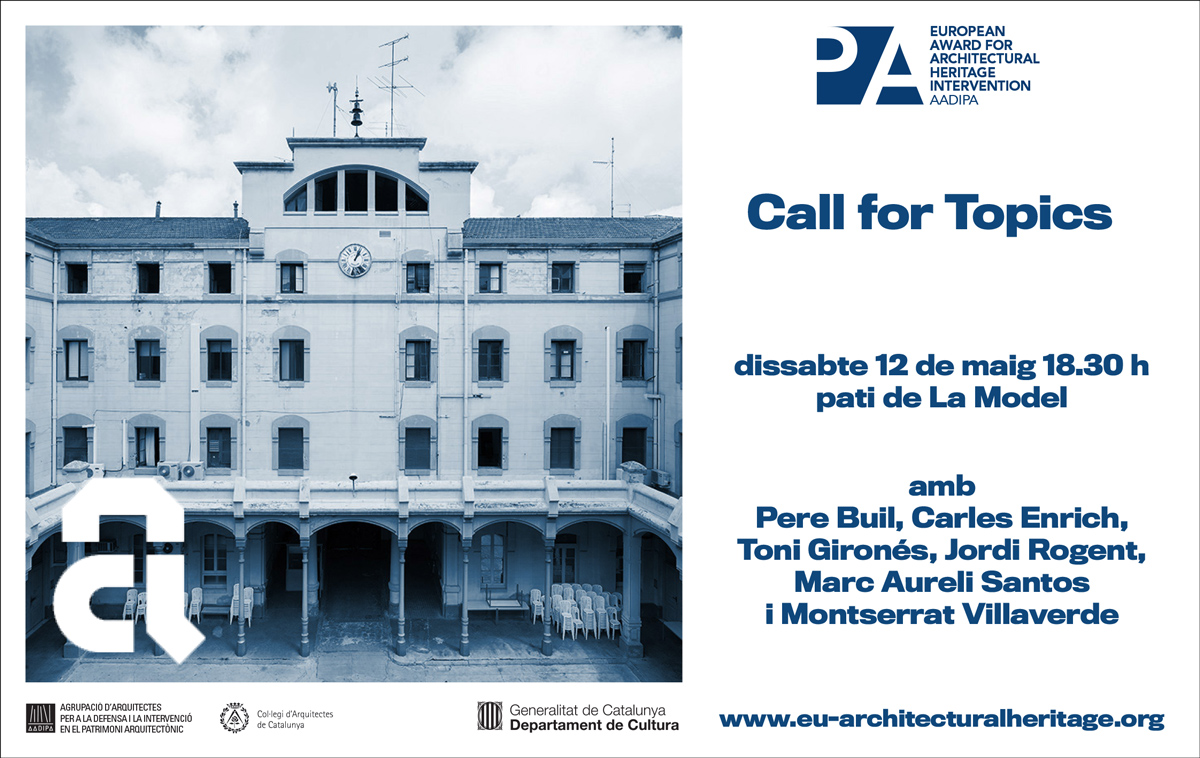 "Call for topics." The Award at the Setmana d'Arquitectura

On Saturday, May 12 at 6.30 pm, The European Award for Architectural Heritage Intervention AADIPA, coinciding with the celebration of a new edition of the Setmana d'Arquitectura organized by the Barcelona City Council, the Architects' Association of Catalonia (COAC) ) and the Mies van der Rohe Foundation, will present a "Call for topics". The event, which will be open to everyone, will take place in the courtyard of La Model - an emblematic building in the Esquerra de l'Eixample currently undergoing regeneration - The intention is to establish a basis for those questions and reflections that will foster debate in around the current state and the challenges of the intervention in architectural heritage in Europe. In particular, and faithful to the informative nature and the observatory vocation of the contest, its directors have invited the architects Pere Buil, Carles Enrich, Toni Gironés, Jordi Rogent, Marc Aureli Santos and the historian Montserrat Villaverde, who have all taken part in the different editions of the Award, to begin what will be the foundations of an open and lively discussion aimed at involving all the profiles related to this area to build a collective vision on good heritage practices.

Likewise, the event will be the preamble of a documentary project in video format that, in addition to incorporating the opinions of these first six testimonies, it will gather interventions from professionals from other European territories, thus confirming both the spirit and the international scope of the action. The audiovisual piece will be officially presented in December 2018 within the framework of the Curset -an annual activity held by the Architects' Association for the Defence and Intervention of Architectural Heritage AADIPA and which will coincide this year with the opening of the registration of what will be the 4th edition of the contest-. For the second phase, thanks to the dissemination of this video, through platforms such as the official website of the Award, and with the creation of applications that facilitate user interaction, a call will be made for the public to comment and debate on those issues that are considered most relevant for the correct conservation, management and rehabilitation of the architectural heritage that surrounds us.