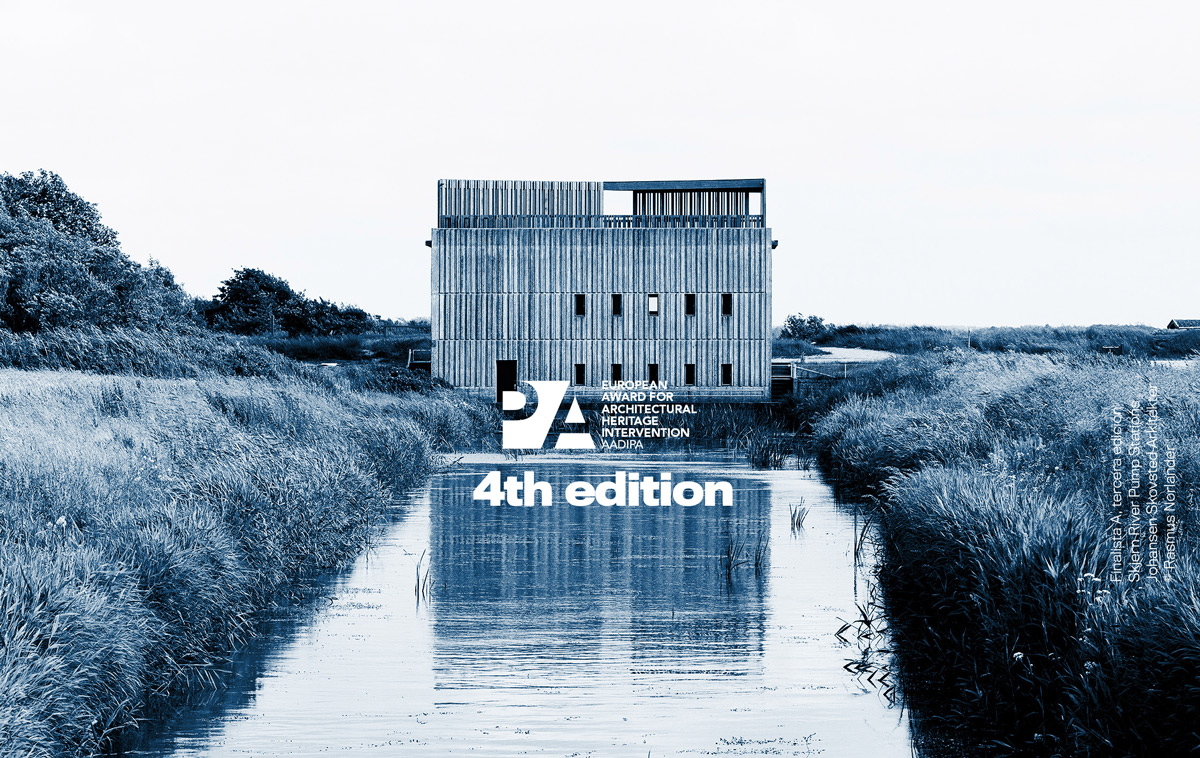 The European Award for Architectural Heritage Intervention AADIPA, a biennial competition organized by the COAC (Association of Architects of Catalonia) and AADIPA (Association of Architects for the Defense and Intervention in Architectural Heritage), closes registration for its fourth call with 239 candidatures and 23 countries represented. In short, record figures that show three outstanding achievements: the success of the call, its increasingly solid reputation and the consolidation of an excellent international reputation.
Since its first call in 2013, the Award has worked to achieve its objective of distinguishing quality interventions in heritage and contributing to their dissemination, with the increase of participation and the strengthening of its European scope, being the backbone of its aim. Proof of this are the record figures recorded in the 4th edition. On the one hand, with regards the high rate of international participation, countries such as Portugal, France, Denmark, Croatia, Hungary or Malta continue to maintain their representation level; while the presence of countries like Belgium, Switzerland, United Kingdom, Holland and Ireland has doubled; with Albania, Cyprus, Georgia and Sweden making their debut participation. On the other hand, compared to almost 200 works registered in the 3rd edition, held in 2017, the call for this, the latest award, has reached 239 projects.
From April 12, the closing date of the registration period, until the end of May, the international jury formed by renowned experts in the field of intervention in architectural heritage, will carry out the task of assessing the works that in each of the 4 categories will be considered for the award. In category A - Intervention in built heritage - architects Louis Leger, Marià Castelló and Leticia Soriano will evaluate 163 projects. On the other hand, in Category B -External Spaces- the experts Benoit Moritz, Elisabeth Abalo and Elena Albareda will analyze 34 proposals. In category C -Planning- professionals Chiara Nifosi, Javier Gallego and Joan Casadevall will evaluate 16 projects and in category D -Dissemination- Mariana Correia, José Manuel Chacón Bulnes and Anna Ramos will study 26 works.
Like every edition, the jury will announce the decision about the 4th edition of the award to coincide with the IV award of the International Biennial on Architectural Heritage, which is organized jointly with the COAC, AADIPA and the Generalitat de Catalunya, which on this occasion, will have Mexico as the guest country. The event will take place on Thursday, June 13, at the COAC headquarters in Barcelona, and will culminate with the official award ceremony.