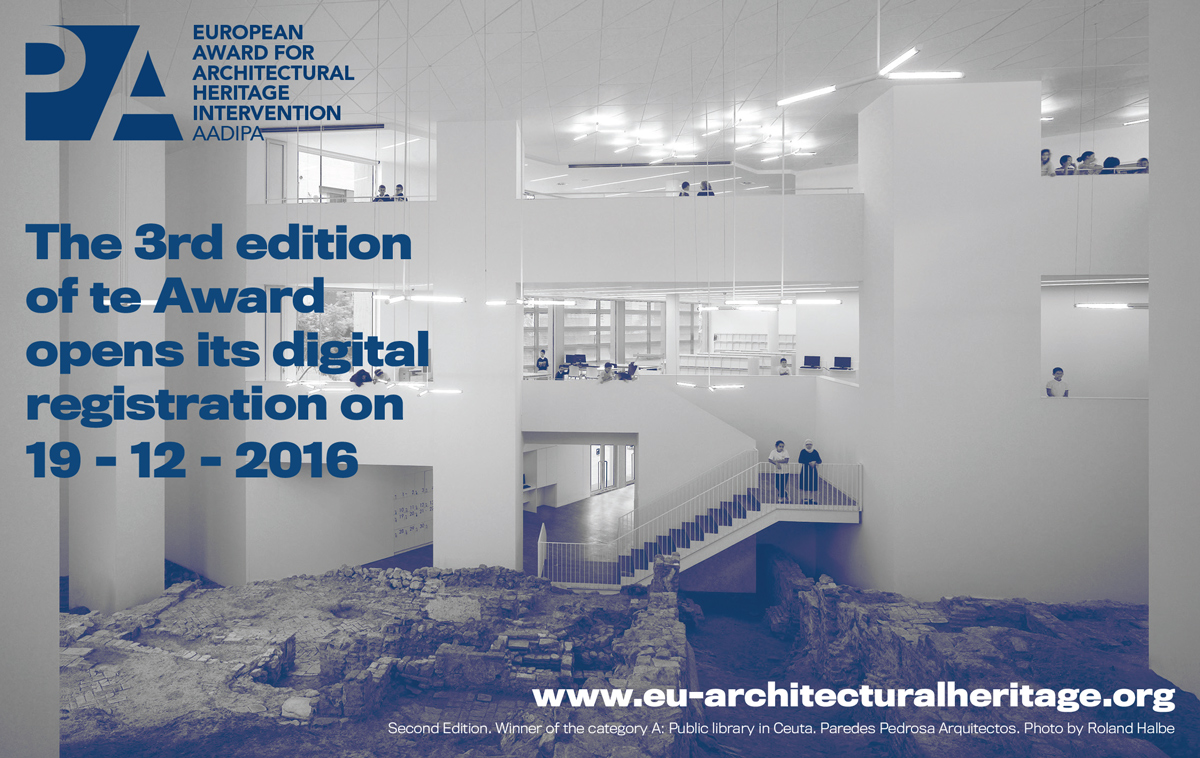 Registration now open for the 3rd edition of the Award

The call, which aims to distinguish good heritage practice and contribute to its dissemination, opens in December 2016 and will remain open until April 14th, 2017. A biennial event that is aimed at interdisciplinary experts involved in the heritage value chain -Architects, historians, archaeologists ...- with completed works, conducted or published in the European geographical area during the period from  January 1st 2010 and December 31st, 2016. Projects can be submitted to any of the 4 categories which comprise the award:

With 200 works from 26 affiliated countries registered in the previous edition of the award, this new call, persists in its goal of increasing participation and opening new territories. The quest for internationalization is reflected with the international jury appointed for each category and the decision to integrate the official awards ceremony at the International Biennial of Intervention in Architectural Heritage. A conference organized by the management of the Award, with the support of COAC; AADIPA and the Generalitat de Catalunya, and which will hold its 3rd edition in June 2017 in Barcelona.

With the aim of contributing to the debate that advocates a new concept of comprehensive, flexible and dialectical heritage and its commitment to a renewal of the conceptual and methodological approaches in the conservation and intervention of built heritage, the European award for Architectural Heritage Intervention AADIPA opens its third edition.