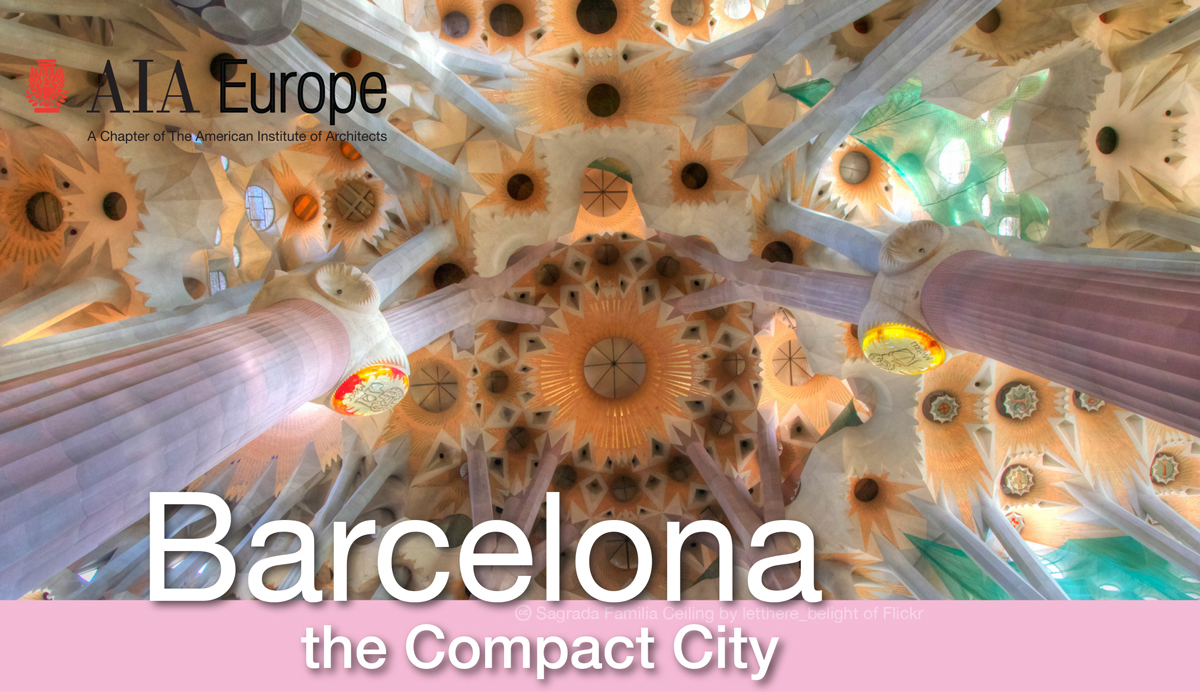 The Award participates in the AIA Europe International Conference

From the 14th to the 17th of April 2016, Barcelona hosts the International Conference on the occasion of its annual congress organised by AIA Europe, an organisation that represents The American Institute of Architects in Europe,

The development and implementation throughout the history of Barcelona and of unique and innovative design strategies, regarding both small-scale and urban interventions, is the reason why AIA Europe has regarded the city as the ideal arena to hold its meeting. This three-day event under the slogan "Barcelona, ​​The Compact City" presents a full program of activities, in which the European Award for Architectural Heritage Intervention AADIPA has been invited to participate.

Specifically, in the morning session of Sunday 17th April  taking place in the Mercat del Born under the theme:  Architecture: Remembrance and Transformation,  the architect, co-founder and co-director of the Award, Jorge Portal, will present the event at 10.15am, which in December 2016 will call for proposals for what will be its third edition.

Within the present context, where one of the current and future paths for architecture and for professional practice in particular is the intervention in heritage and existing buildings and spaces, the intervention will focus on presenting the award as an instrument whose main aim lies in detecting, analyzing and  valuing those works and quality projects in areas such as construction, public spaces, planning and research or disclosure, which contribute to the preservation of the collective memory.