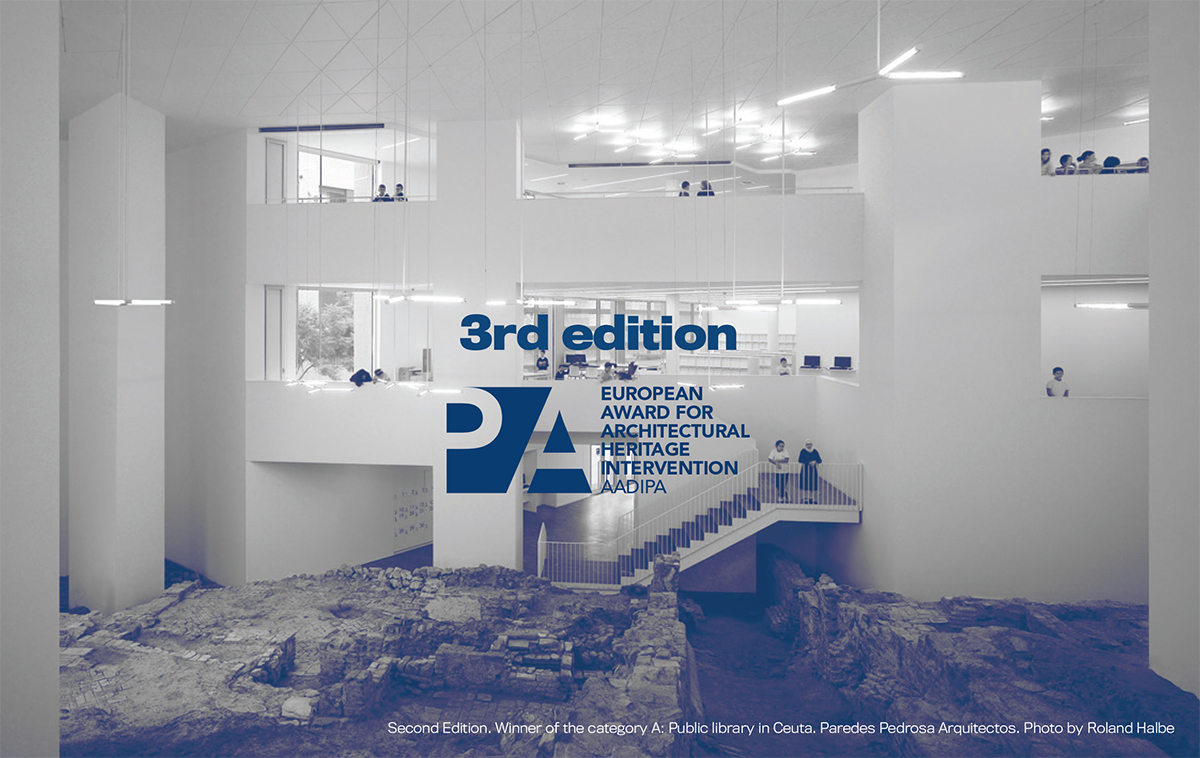 The participation figures and the quality of the proposals of the 3rd call for the European Prize for Architectural Heritage Intervention AADIPA reaffirm its notoriety and reputation.

May 2017_ The European Prize for Architectural Heritage Intervention AADIPA, a biennial competition organized by the COAC (Association of Architects of Catalonia) and AADIPA (Association of Architects for Defence and Intervention in Architectural Heritage), closes the registration of its third call with participation figures that confirm its international reputation and an overall number of proposals whose quality contributes to consolidating its reputation.

The number of projects registered in this third call is again almost 200, a fact that confirms how well the contest has been received among professionals involved in the value chain of architectural heritage since 2013, the year in which the first edition was held. Specifically, with respect to 2015, when the 2nd call was held, the 3rd edition of the award has maintained a high rate of international participation, with Spain, Portugal, France, Italy and Belgium being the most represented countries. Data that, together with the quality and rigor of the proposals presented, besides confirming the high level and the good practices presented by the contemporary architectural intervention in Europe, contribute to the prestige of the award.

Since April 28th, the closing date for entries, until the end of May, the international jury of renowned experts in the field of intervention in Architectural Heritage, will undertake the task of evaluating the work in each one of the four categories for the award. In category A -Intervention in built heritage-, the architects Inês Vieira da Silva, Ignacio Pedrosa and Marc Aureli Santos will evaluate 123 projects. In Category B - Outdoor Spaces - experts Ian Mc Knight, Celestino Garcia Braña and Pere Buil will analyze 35 proposals. In Category C - Planning - the professionals Alessandro Alì, Carles Enrich and Cristina Mata will evaluate 11 projects and in the category D - Dissemination - Carsten Hanssen, Fernando Cobos and Montserrat Villaverde will study 19 works.

The jury's decision about the 3rd edition of the Award will be made known on June 15th, at the headquarters of COAC Barcelona and within the framework of the Third International Biennial on Architectural Heritage which the Award management jointly organizes with the COAC, the AADIPA and the Generalitat de Catalunya. The presentations and interventions for the day, which this year are structured under the title: "Protection and Intervention in Architectural Heritage in the United States," will culminate the official awards ceremony.