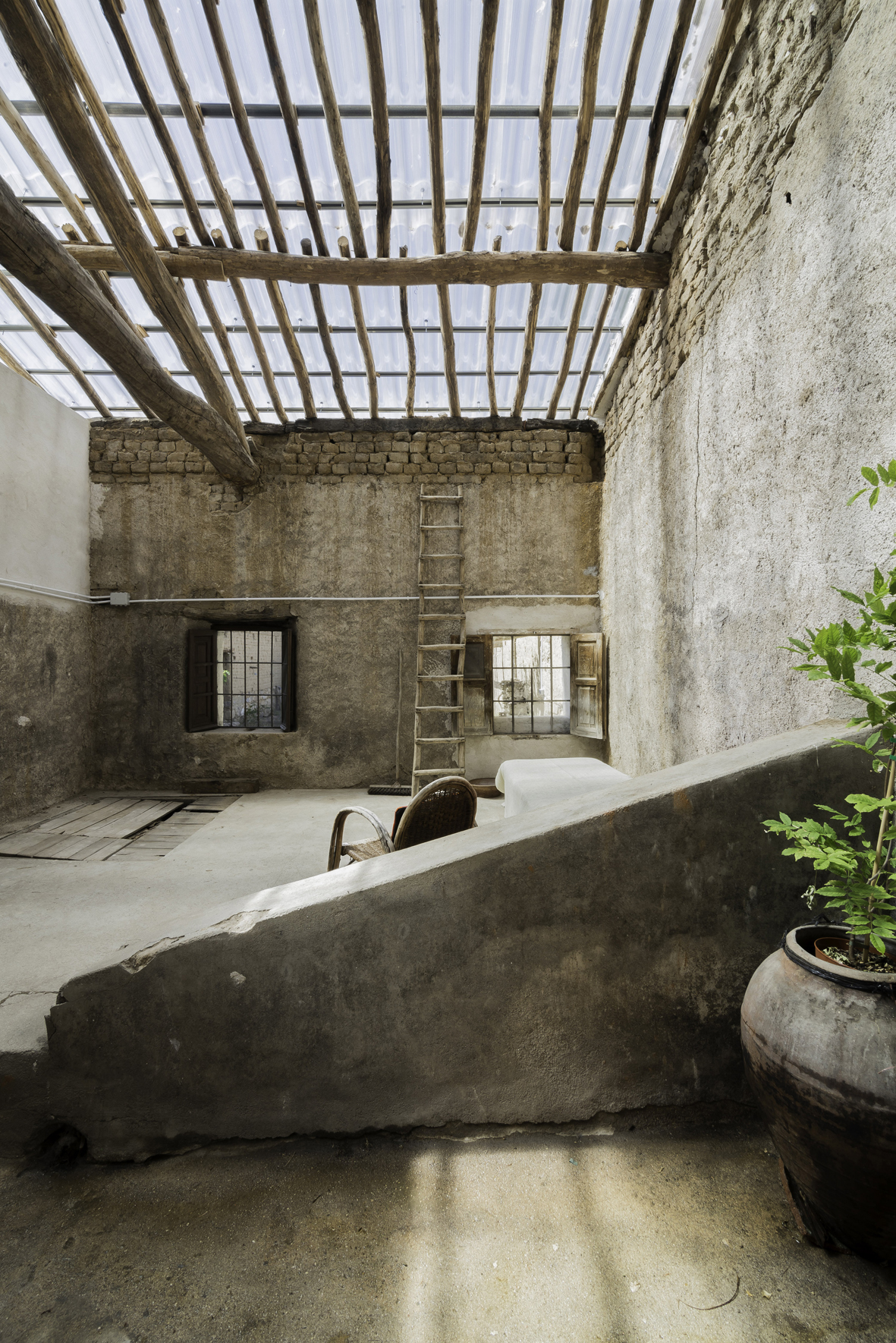 An agricultural building from the early 20th century has been disused. The structure and dimensions of a barn are very different from those of a house. However, this is taken as an opportunity: to preserve the identity and beauty of the productive space and the vernacular nature of its construction. The building has two wards, one intended for a barn and the other for a cellar, with few openings and great height. It is decided to thermally condition the ward for a barn and preserve the bay for a cellar as an intermediate space between the house and the barnyard-garden. The adobe walls remain intact. In the first ward, the existing openings are maintained, a slab is inserted in the central part and its envelope is painted with lime. In the second ward, the tiles are replaced by transparent polycarbonate or they are eliminated creating a courtyard. Thus, the space is preserved, allowing light to enter the first ward, visually connecting it with the garden. Thus, a deteriorating container is recycled to become an inhabited space again. 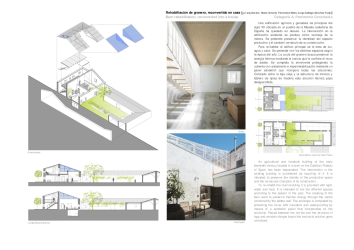 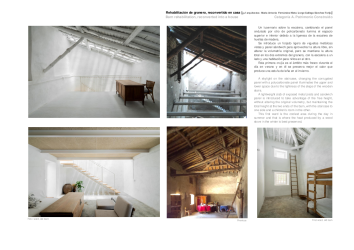 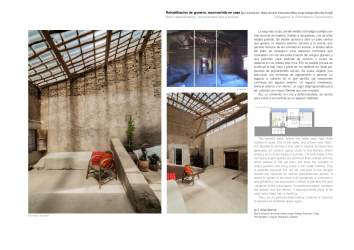