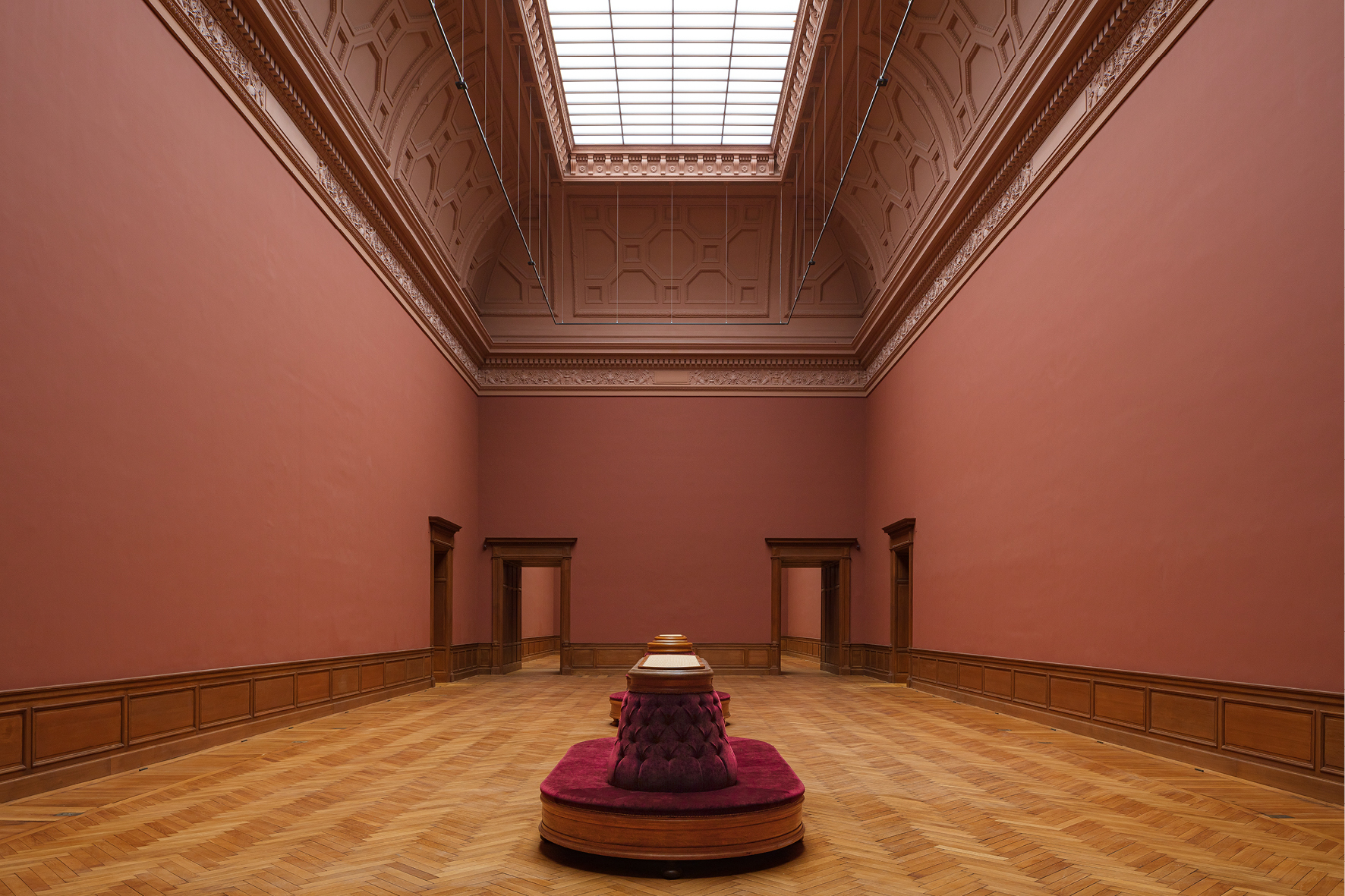 Built-in the 19th century, Antwerp's Royal Museum of Fine Arts (KMSKA) was conceived as a 'daylight museum' but underwent many haphazard changes over the centuries. This intervention brings back the museum's ancient grandeur by combining a thorough renovation of the historical building with a contemporary extension concealed within the existing structure. Original dark pink, green and red colours, tall columns, and ceiling ornaments in plasterwork are brought back in the 19th-century exhibition halls. Meanwhile, the new vertical museum arises as a completely autonomous entity, built within the four original patios. Wherever the new extension 'cuts' the museum's solid mass, subtle marble inlays have been added. The vertical museum charts a route full of surprises with bright white exhibition halls, hidden rooms, long staircases, far-reaching sightlines, and varying gradations of daylight. These contrasting yet dialoguing entities coexist as two different worlds in one building, both challenging and at the service of the art. 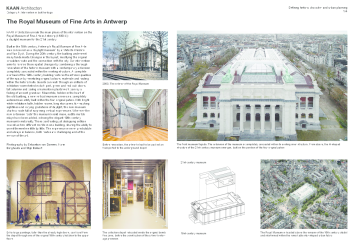 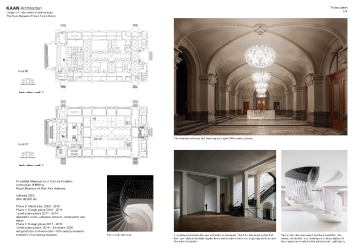 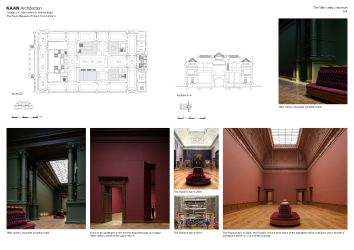 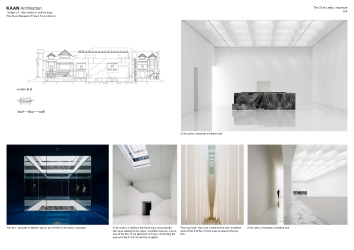