This project for a public garden wants to rediscover the deep roots of a place. The area consists on the reclaiming as a public garden of a site where 1,000 years ago used to stand the vineyards of Ariberto, Archbishop of Milan and leading character of the Church of that time. The design consists of three rings, whose shape was suggested by the topography of the site. While giving shape the internal pathways they identify a system of ‘rooms’. The continuous, monolithic, rings are stuck into the ground literally dissecting it with the aim of revealing its historical depth. The surface of the main ring is understood as a ‘one-thousand-years clock’, where black limestone inserts, the same present in local Romanic cathedrals, are combined with other stones, thus recalling the Medieval principle of recycling materials of decayed Roman temples. This project starting from the past, aims to builds a future through the reclaiming of a Cultural Heritage listed site whose importance deserves to be appreciated far beyond local boundaries. 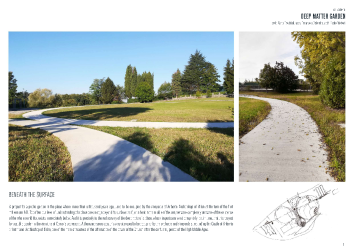 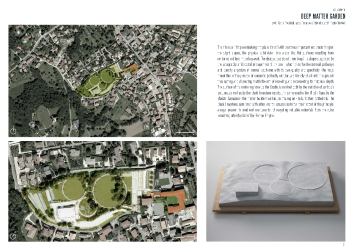 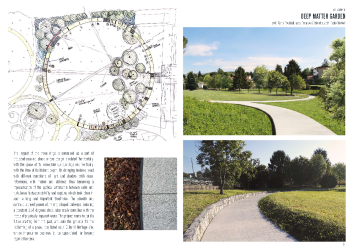 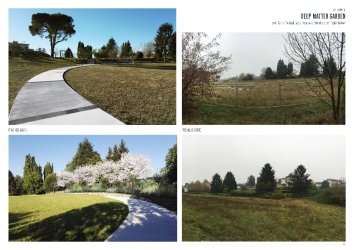