The formerly biggest iron foundry in Europe (before 1920) was closed in the early 1980s. Most of the manufacturing equipment was sold abroad. Only the twelve-meter-high and 240-meter-long ore and coal bunker and the switching house were preserved as monuments. In addition, a number of relicts of the production process as ruins. These structures develop, due to the long fallow times on the site into a piece of second-hand nature. For long-term urban development, a series of open spaces have been proposed. The bunker is released and staged as a spectacular solitaire. The western part offers a view from there insights into the imposing underworld of the plant. An asphalt surface marks a space in front of the bunker, as a sports and exercise area. The foundation ruins of the former blast furnaces are partially integrated into a skating facility. Further east, they are located in an extensive meadow area and are designed as climbing objects. The plateau between the wall remains of the foundry hall was designed as an extensive cross-bike course. 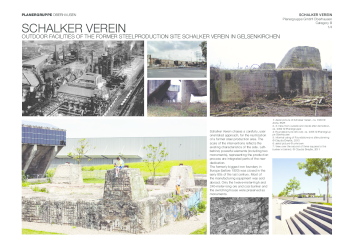 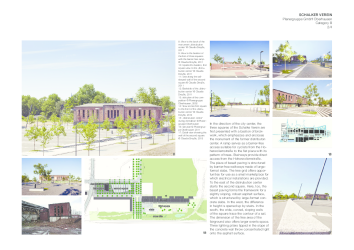 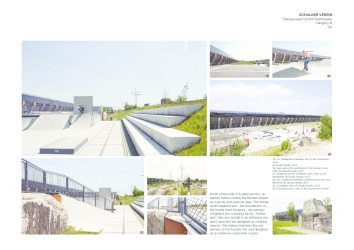 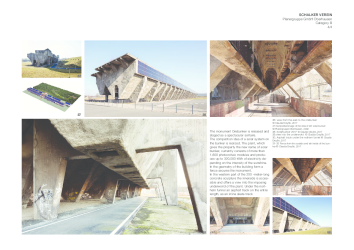