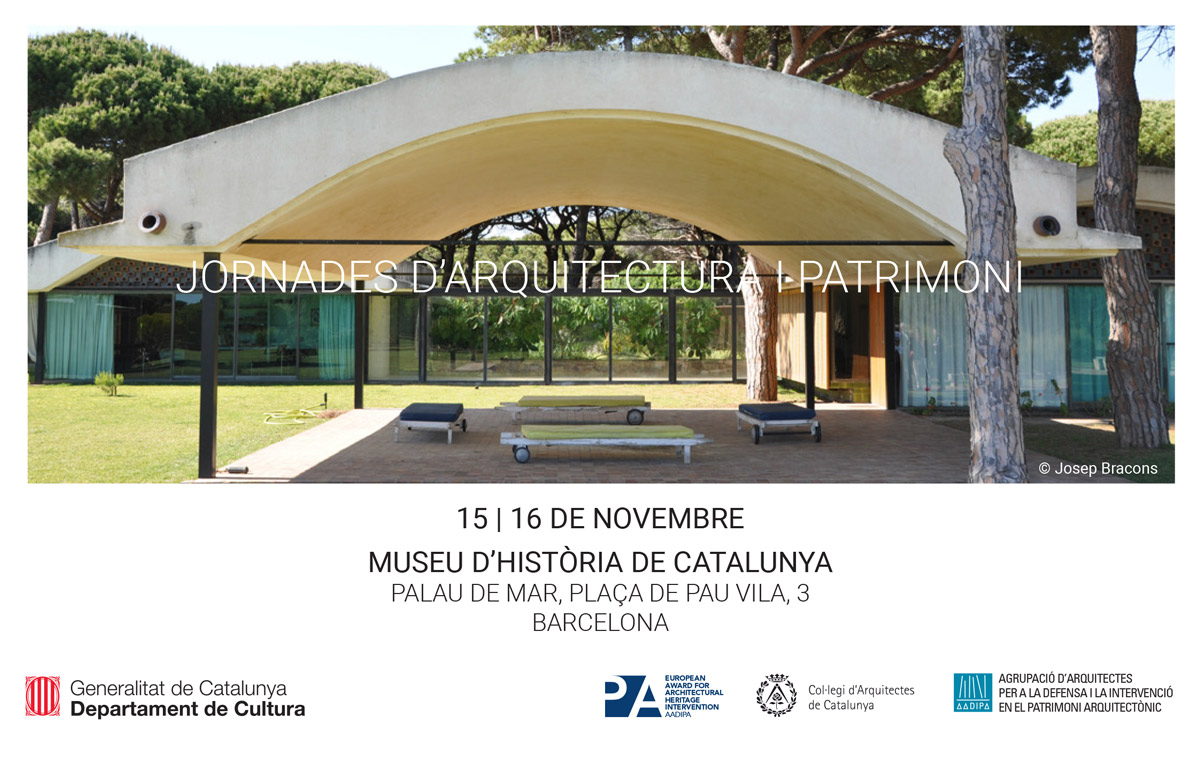 On Thursday, November 15 at 19.00, within the framework of the Architecture and Heritage Sessions organized by the Department of Culture of the Generalitat de Catalunya within the remit of the General Directorate of Cultural Heritage and with the collaboration of the European Award for Architectural Heritage Intervention AADIPA, the 4th Edition of the competition will be presented. The Sessions, which take place on the occasion of the European Cultural Heritage Year 2018, will be held on November 15 and 16 at the History of Catalonia Museum.

Assumpció Puig, Dean of the Architects' Association of Catalonia (COAC), will be in charge of presenting the Fourth Edition of the Award, an event in which the historian Montserrat Villaverde, member of the jury of the third edition, and its management team, the architects Ramon Calonge, Oriol Cusidó, Marc Manzano and Jordi Portal will take part. In addition, during this event, the presentation of the video-documentary "Call for topics", a project created by the Award management and involving members of the jury from the different editions, will also take place, to establish, reflection and debate in and around the current state of intervention and the challenges in architectural heritage in Europe.

"Call for Topics" arises as a result of the informative nature of the award, which aspires to become a frame of reference at European level for the intervention in architectural heritage thanks to its Archive as well as actions and projects linked to this area, such as the documentary itself. After the presentation, it will be uploaded to the event's website in order to stimulate reflection and generate opinion around the challenges and the future of intervention at European level. An action that will precede a diffusion campaign, the aim of which will be to encourage the participation, by anyone who wishes, in a many-sided debate aimed at contributing to the correct conservation, management and rehabilitation of the architectural heritage that surrounds us.