Demolition continues in the old district of Olot. For many reasons, but always with the same consequences: loss of urbanity, disfigurement of the street, destruction of the ordinary streetscape. Half of Can Sau, tangential to the Tura shrine, was affected by road alignment needs. The rest of the plot, presided over by a common wall and four staggered buttresses, was empty. Emergency scenery was built with hollow brick, following the lines suggested by the buttresses, revealing traces of former inhabitants' homes visible on the common wall peeking through in the background. A construction with three vaults and four niches has created a public space by way of a porous façade, with several isolated steps. It is an unfinished and adaptable structure. Visual artist Quim Domene did subsequent work with the niches, employing allegorical features to highlight the history of the neighbourhood. The church of Tura, squeezed between narrow lanes, has now gained a public space to the side, presided over by the bricked-up door of the former temple. 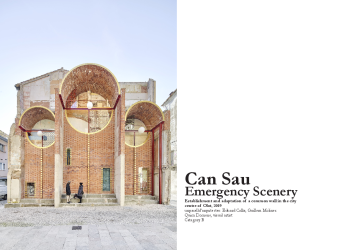 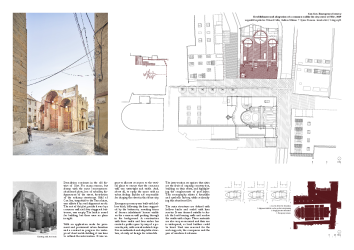 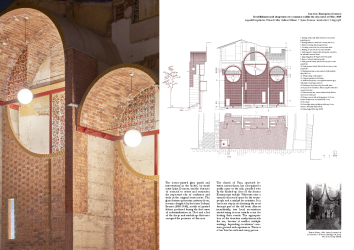 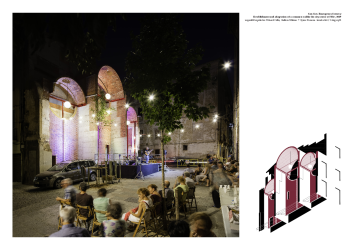